You are here: Home / Speakers 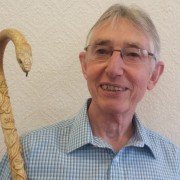 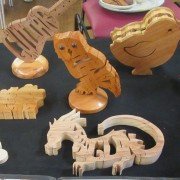 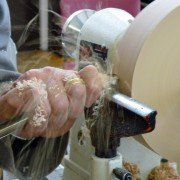 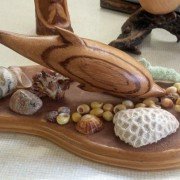 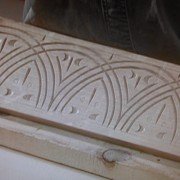 We watched a DVD on New England 17 Century carving by Peter Follansby. This was a bit controversial, as at previous meetings, when this had been suggested members had stayed away.  The DVD was very clear and introduced a subject that we are unlikely to get a speaker for in this country.  The laying out and carving were simple and much done by eye.  It seems from later experiments that the eye and the hand had to have considerable experience of the processes involved for them to be done with such ease. The work was carved on green oak that Peter split direct from the log rather than sawn.  The outside was allowed to dry but the inside was green.   This apparently gave a crisp edge to the cuts, but an easy ride for the gouge / chisel through the wood.  The curves were scribed with  a compass with a sharpened metal metal points on each leg.  Only 6 tools were used. ? Most work was done with a V tool.  This looked easy, but a skill that must a have taken lots of practice. The straight lines were scribed using a try square.  Any other elements relied on that eye again. 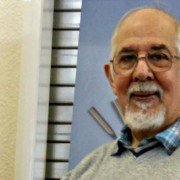 Nico says he has given a talk with a similar title 4 or 5 times over the years.  I agree, I have heard them, and am pleasantly surprised that he came up with something new and fresh.

He covered Choosing Tools and advised not buying a set as they always contain tools the manufacturer cannot sell.   Carvers use tools with thinner steel than joiners.

Sharpening has been made easier as the club now has a dedicated grind stone with the recommended angle for grinding carving tools for soft wood preset.

Honing is an action that should be repeated often, but go lightly on the electric mop as this can actually make the tool blunter

The final item was safety which should be the first on our minds.  Members should wear goggles when grinding and not use the side of the wheel as the can cause the wheel to burst spectacularly. 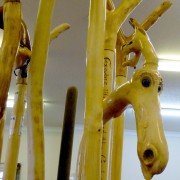 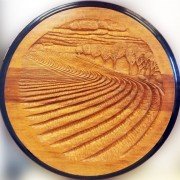 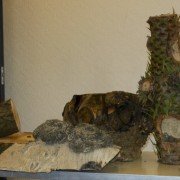 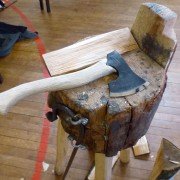