In those halcyon before Covid, we had a holiday in Strathpeffer.      We even had a lesson in how to pronounce the name, as our pronunciation would be spelt with pp instead of ff.   In the old station area there were some huge carvings that I would like to share with you.   They were made by Alistair Brebner who had his wood carving on the old station platform where he carved the  Evolution Pillar.  His work can still be seen in a number of locations in the Raigmore hospital in Inverness.

Evolution Pillar with my wife to show how big it is

These photos are from his obituary 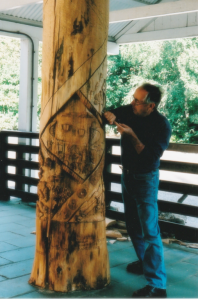 The carver at work 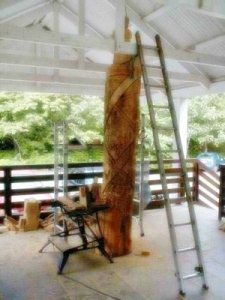 Gone for a brew?

Some close up shots I took to show the detail 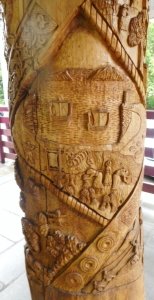 Outside the station were more of his carvings 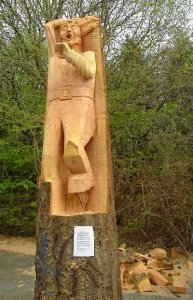 As I saw it 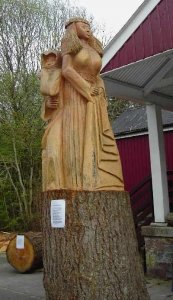